Jesus is at the centre of everything we do and we love talking about him.

That’s why we are excited to apart of (and the fruit of!) a church planting network that seek’s to make disciples of Jesus all over Adelaide.

Where we came from

In response to God’s grace, the Trinity Network exists to plant a growing and healthy network of disciple-making churches and ministries across Adelaide and South Australia and to send disciples into the world, for the glory of God.

Trinity Church Golden Grove is part of the Trinity Network—a growing network of churches that work together to reach Adelaide and South Australia with the good news of Jesus Christ and the call to follow him.

Origins of the Trinity Network

The Trinity Network has its origin at Trinity Church Adelaide.

Trinity Church Adelaide was established in 1836 as the pioneer church for the new colony of South Australia, and is closely associated with the early history of the state.

Since that time the site at the corner of Morphett Street and North Terrace, Adelaide, has been the venue for an uninterrupted Christian ministry to the greater city of Adelaide.

While Trinity is thankful to God for its past, the focus of its vision is to the future. In the 1990s, Trinity Church Adelaide decided that planting new congregations across Adelaide was the best way of reaching new people. As a result, multiple churches have been planted since then.

Plus, we also have an online gathering for those that can’t meet with us in person.

Visit www.trinity.network to learn more about the Trinity Network. 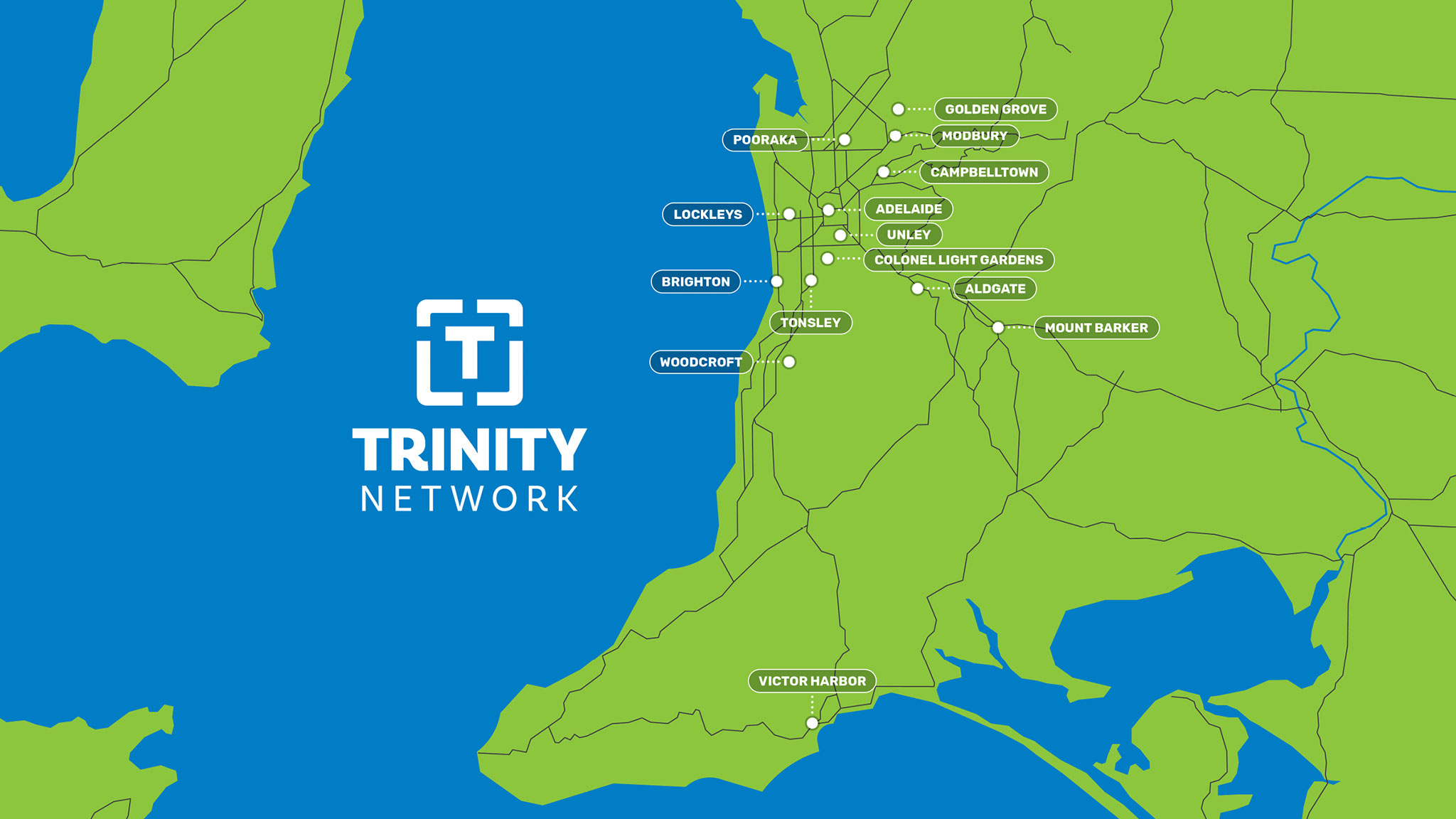